* some sort of thread

* things to put on said thread

* something to attach it

* some kind of surface to attach it to, like a wall, a window or something like that

now you have to pick a kind of theme, i did my favourite film, donnie darko and one of my favourite bands, twenty one pilots.

for the first one, i just cut out the numbers that donnie writes on his arm, that resemble the worlds end. i used black paper, that is a little thicker, so i’d be easier.

for the other one, i got the idea after my twenty one pilots concert, because i took the confetti, that they shoot out while playing trees with me and wanted to do something cool with it. so i wrote some of my favourite lyrics from them with my typewriter and lined them up one confetti, one piece of paper with a lyric on it and that all over.

other ideas i had, that i didn’t do yet, but might be a inspiration for you:
* the name of a person and pictures of them and you

* you could use it to study and put like, spanish verbs on it and throw some pictures of spain in between

* separate threads with a pearl on each and lyrics

first of all, you have to choose a jacket, either you buy one or you use one that you just want to make a little more special.

i bought one second hand and then i dyed it black, because i didn’t like the colour.

then you have to cut out little pieces of fabric, here you can take what you find best or what you have at home, or you could just use pieces that you have laying around if they have the right size.

now you have to pick for every piece a own little design. you can take lyrics, quotes, signs or everything that you have in mind that you think would look good as a patch.

and now it is painting time. acrylics, watercolour, sharpies, any kind of paint that you can use on fabric.

when the patches are finished, you only have to sew them on and look fabulous in your one of a kind selfmade jacket.

make own designs, be creative and most important, have lots of fun! 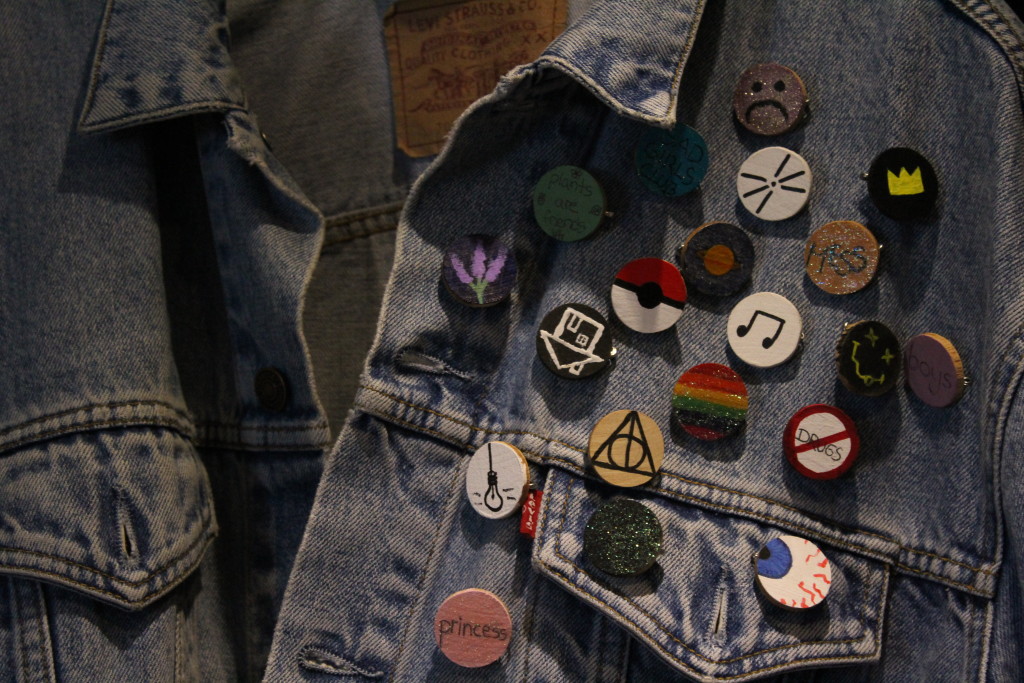 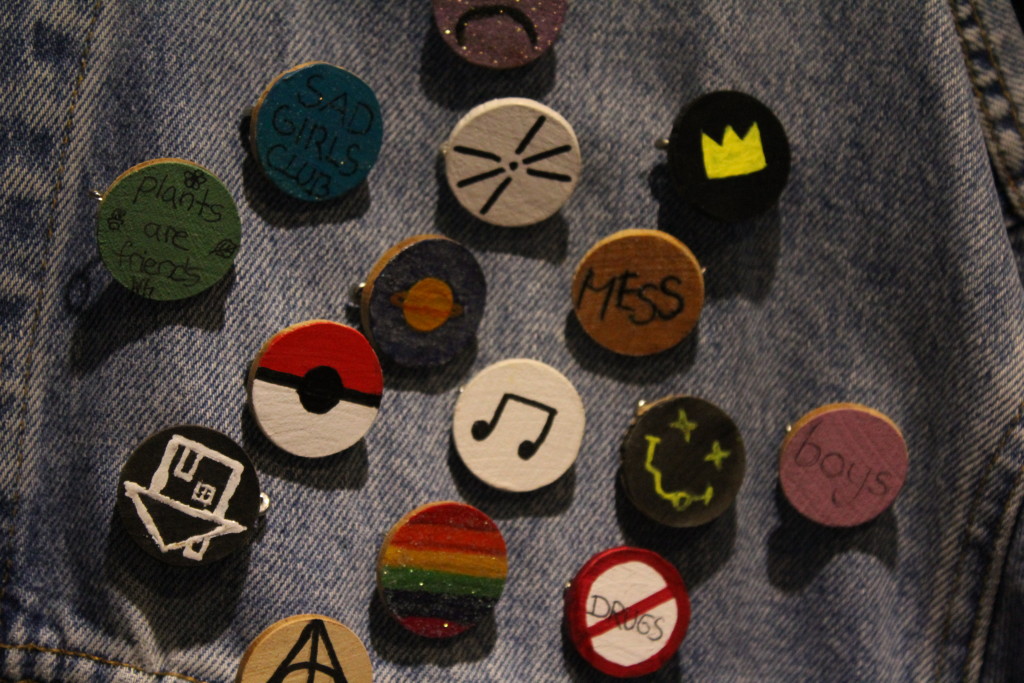 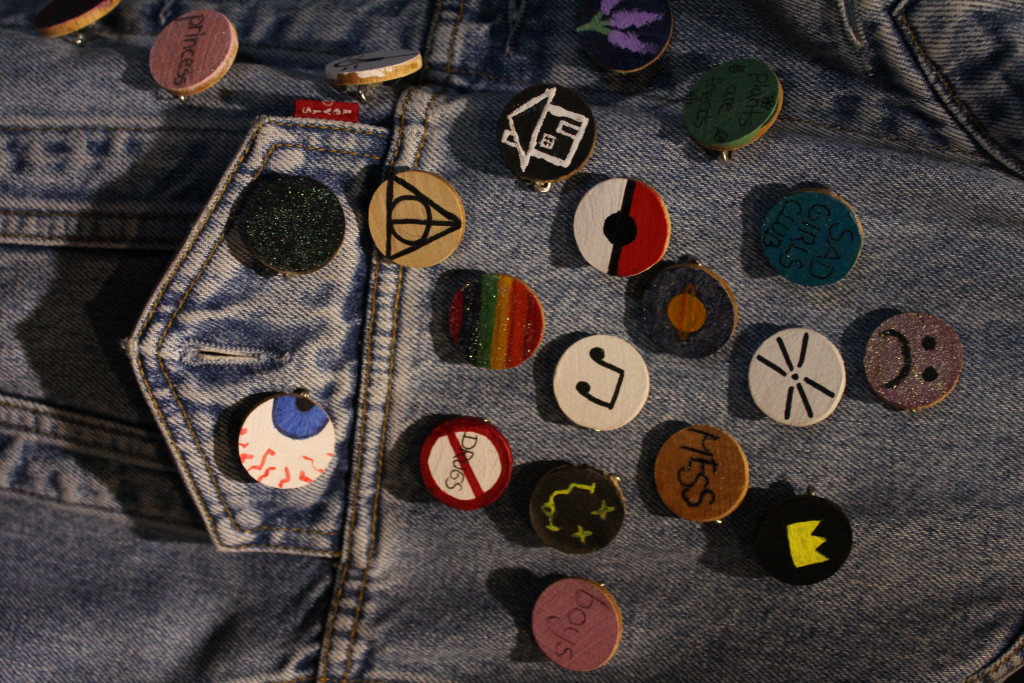 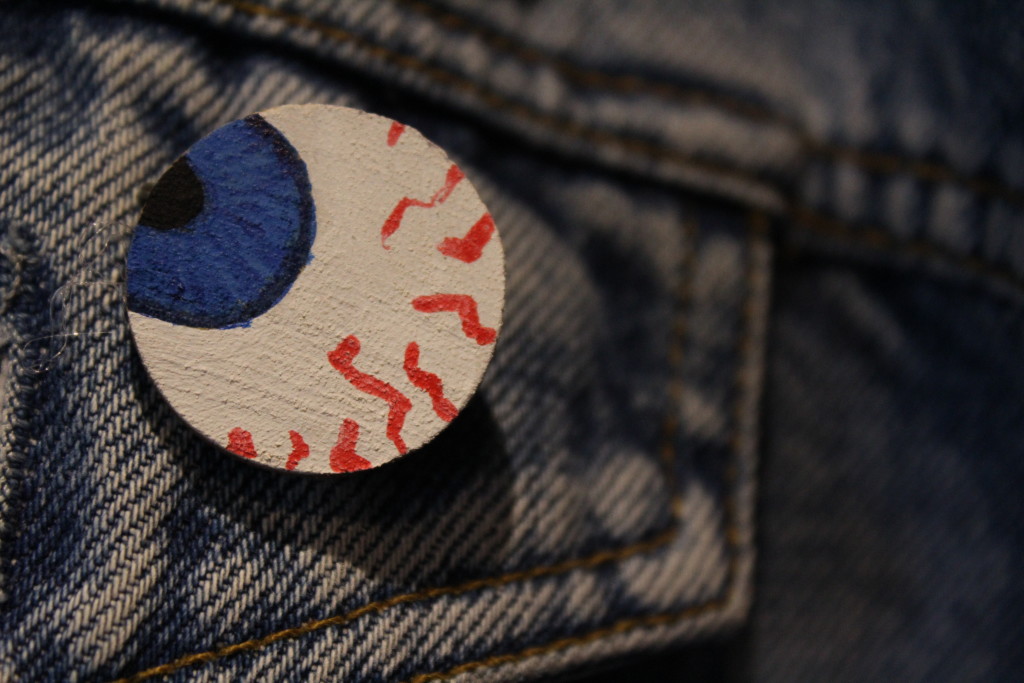 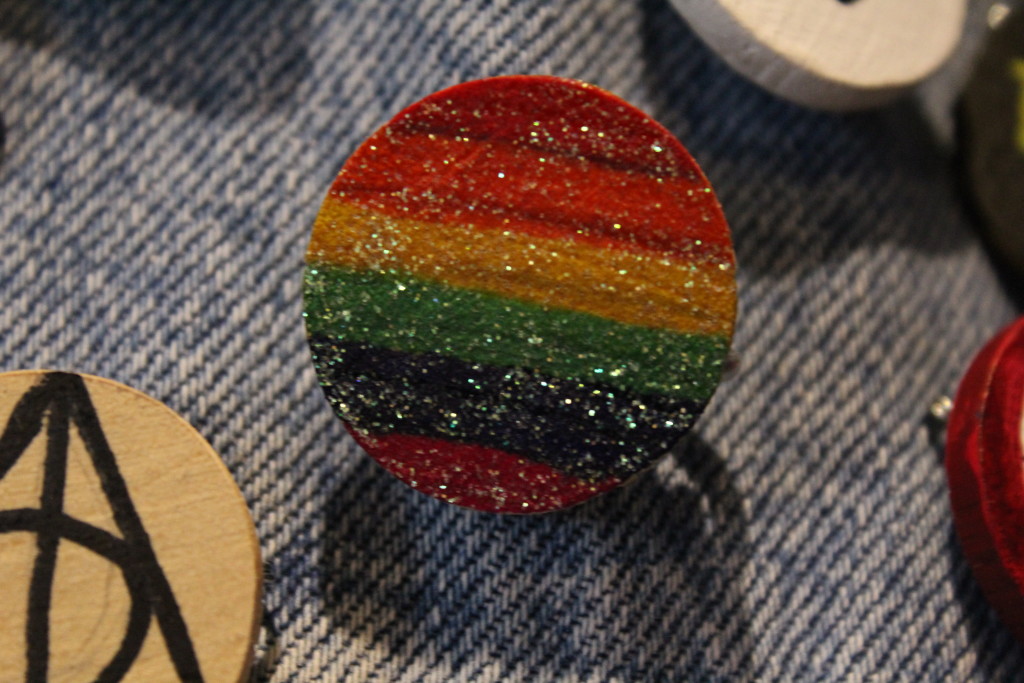 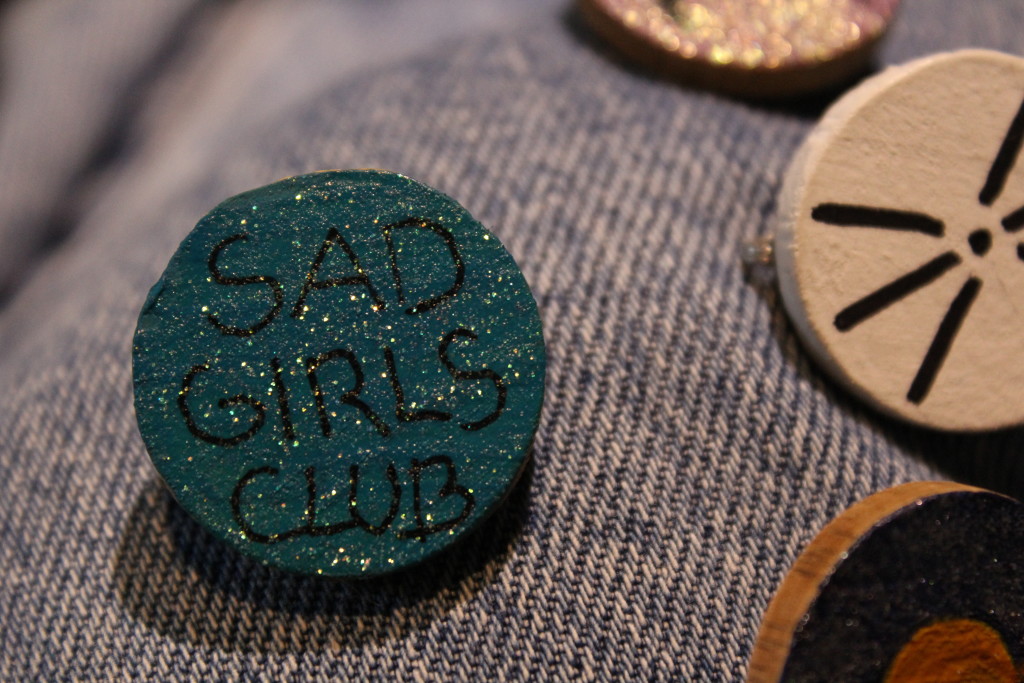 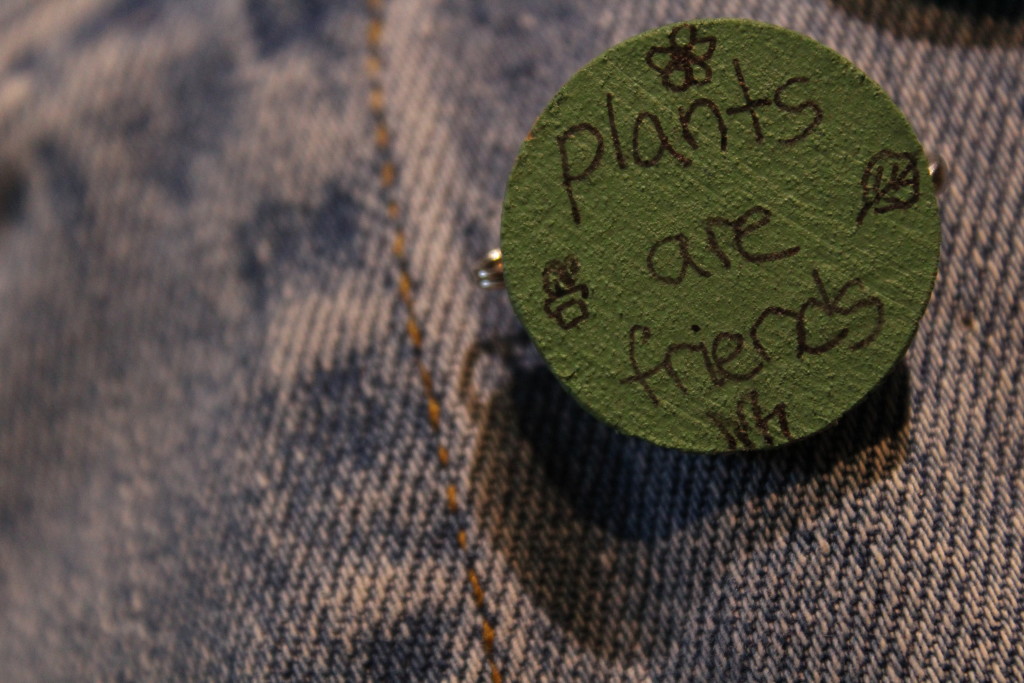 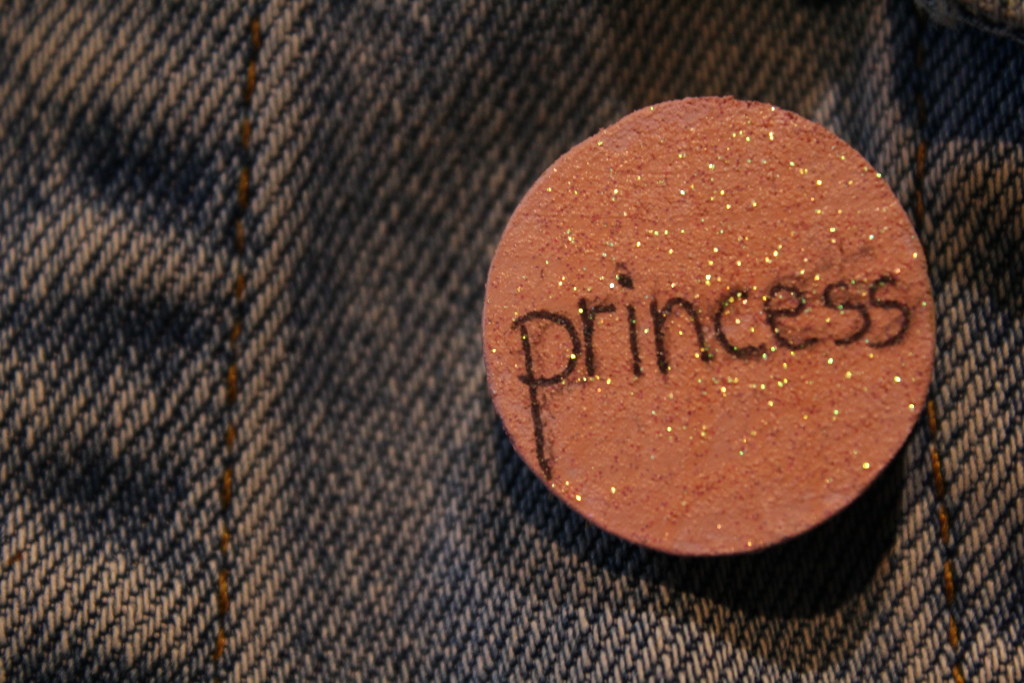 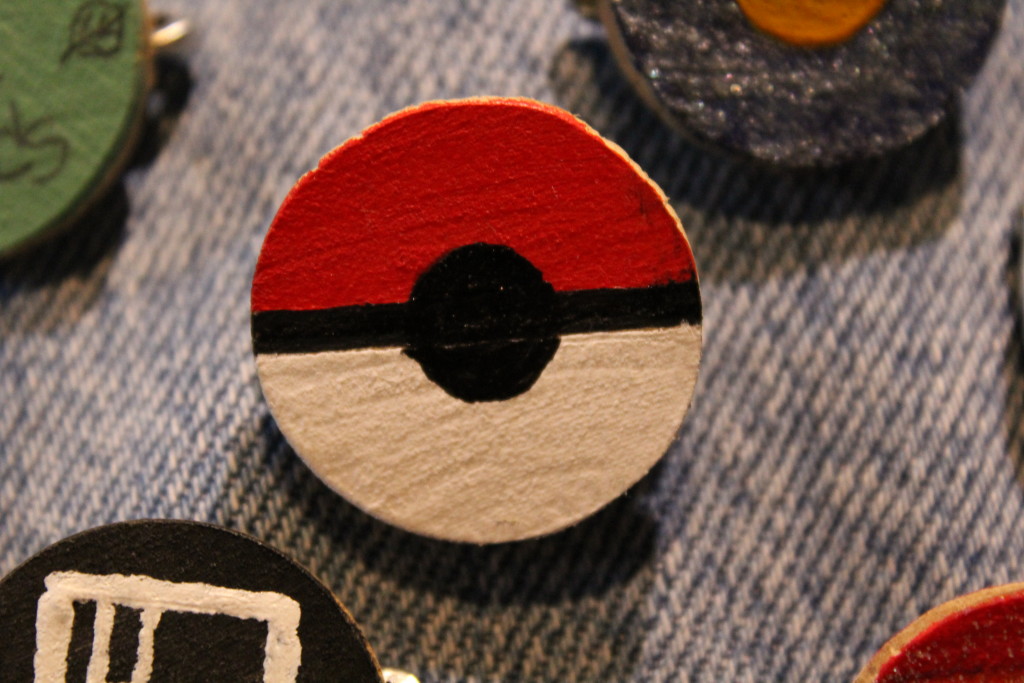 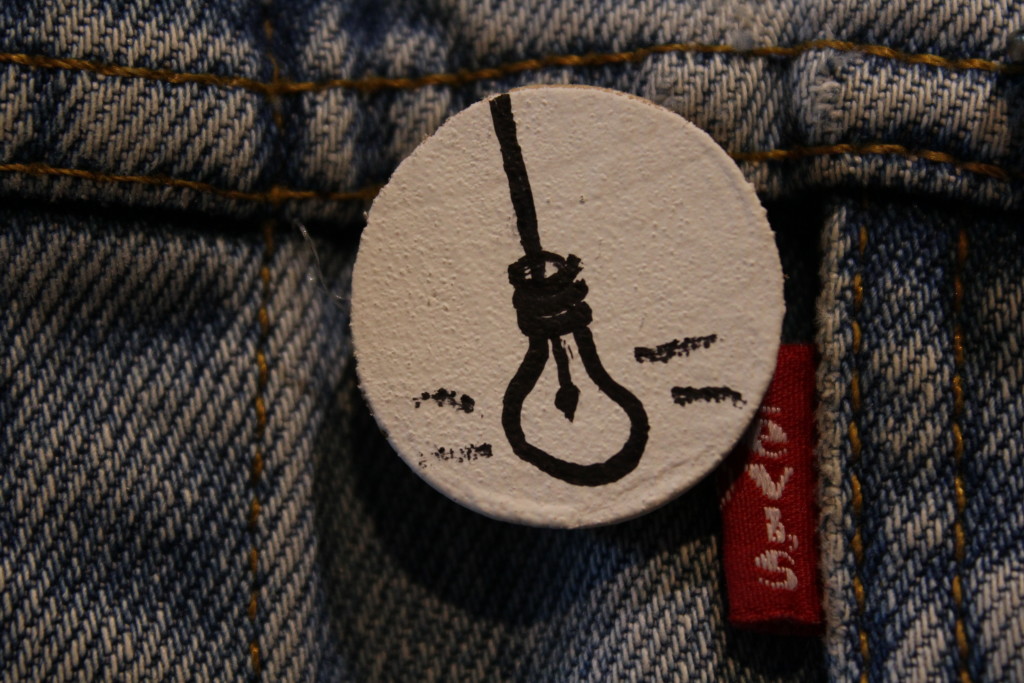 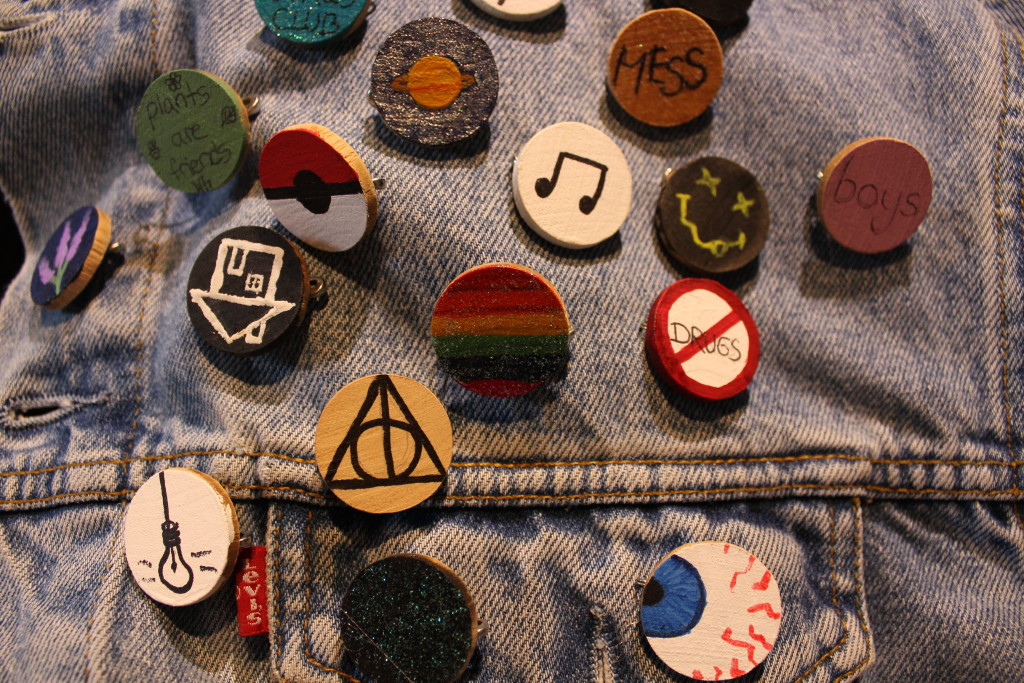 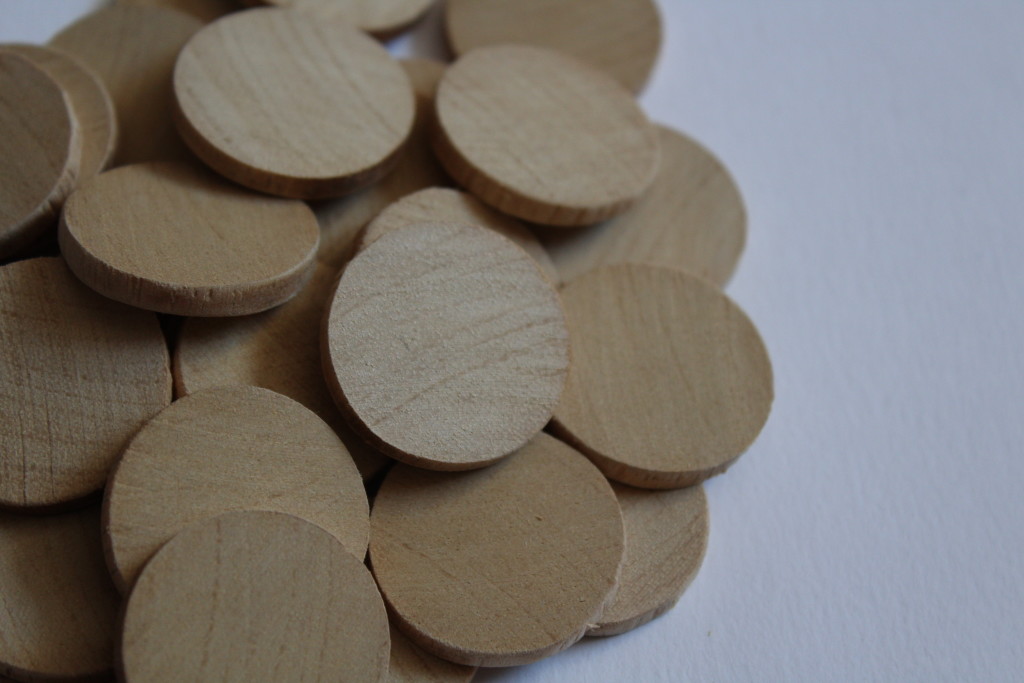 first of all, take some wood pieces in  the form, that you want your pin to be.

i took a broomstick and cut it into pieces, because i wanted circles. 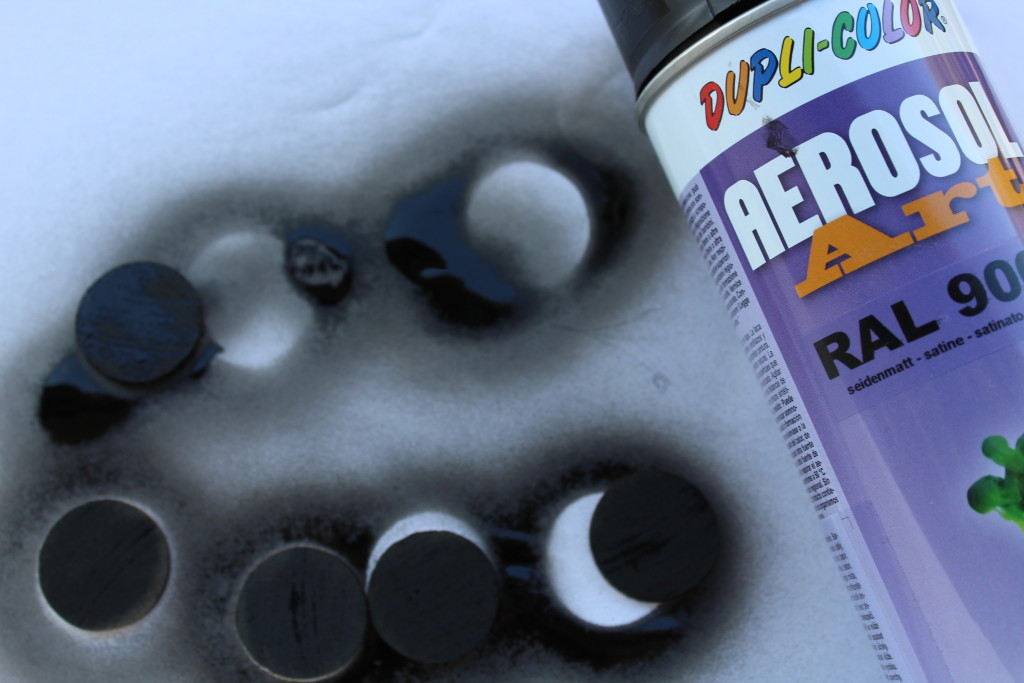 then you can prime them with either spray paint, 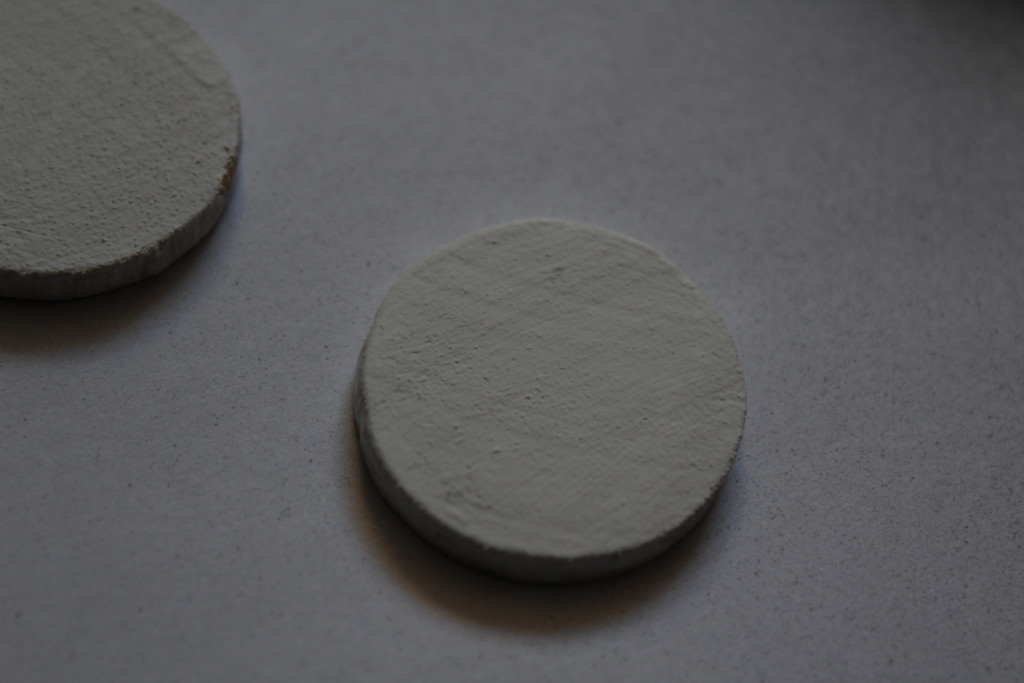 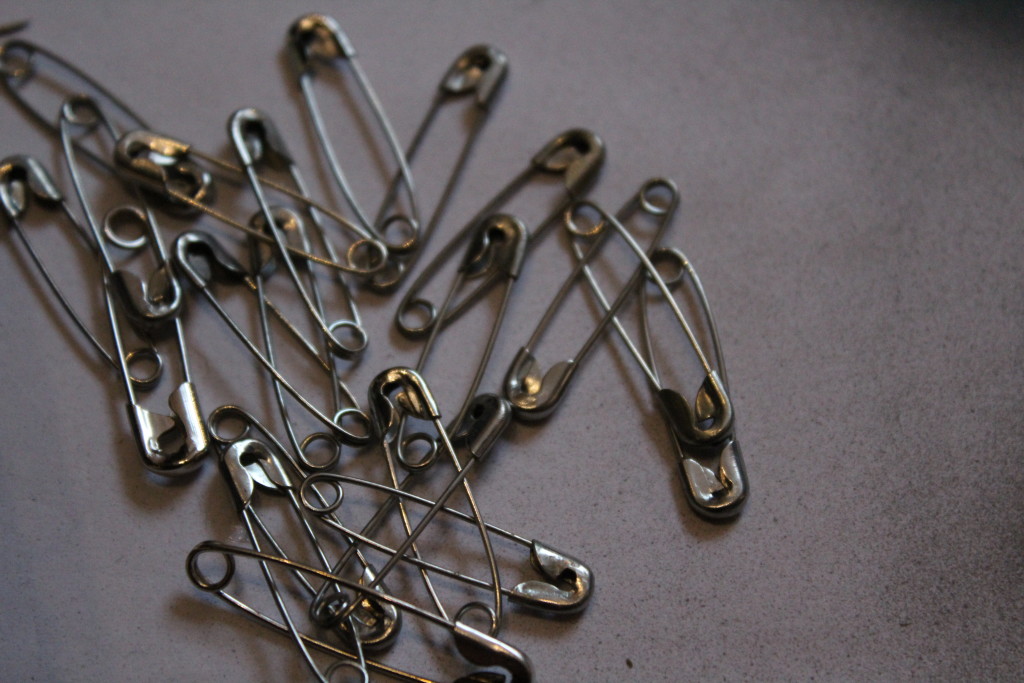 then you can take button pins, or like i did safety pins. 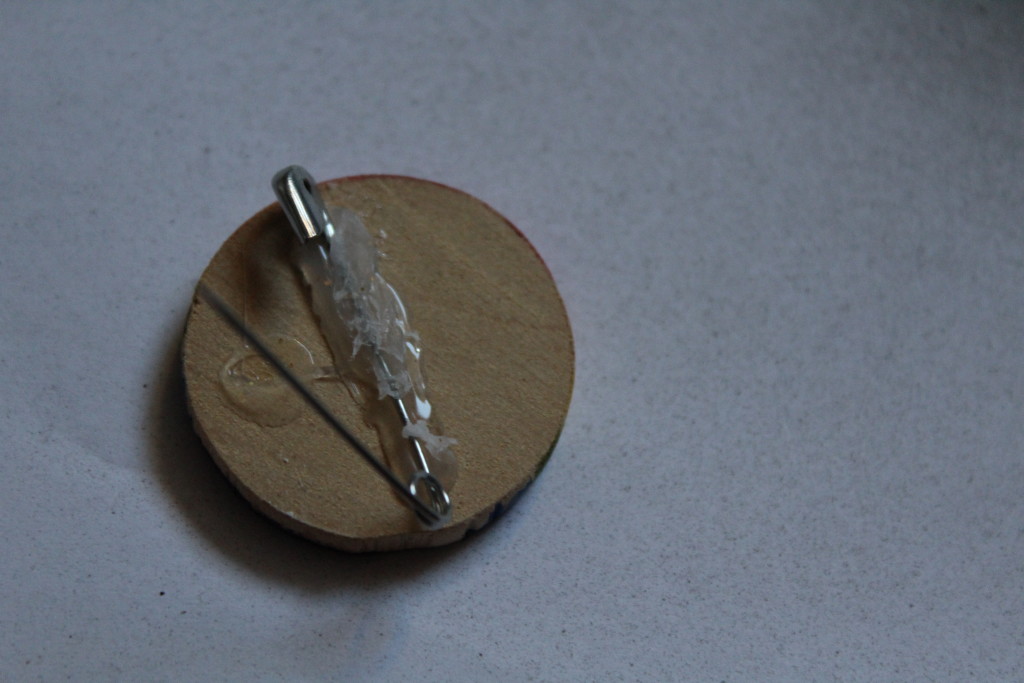 attach them with some glue, i used hot glue. 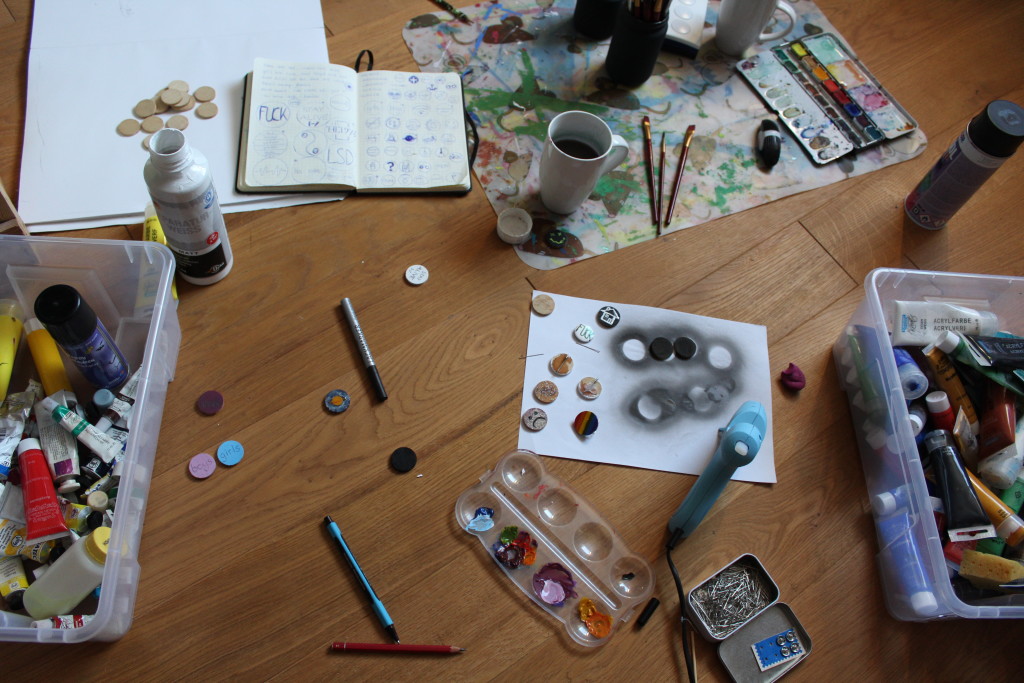 here you can see my work space 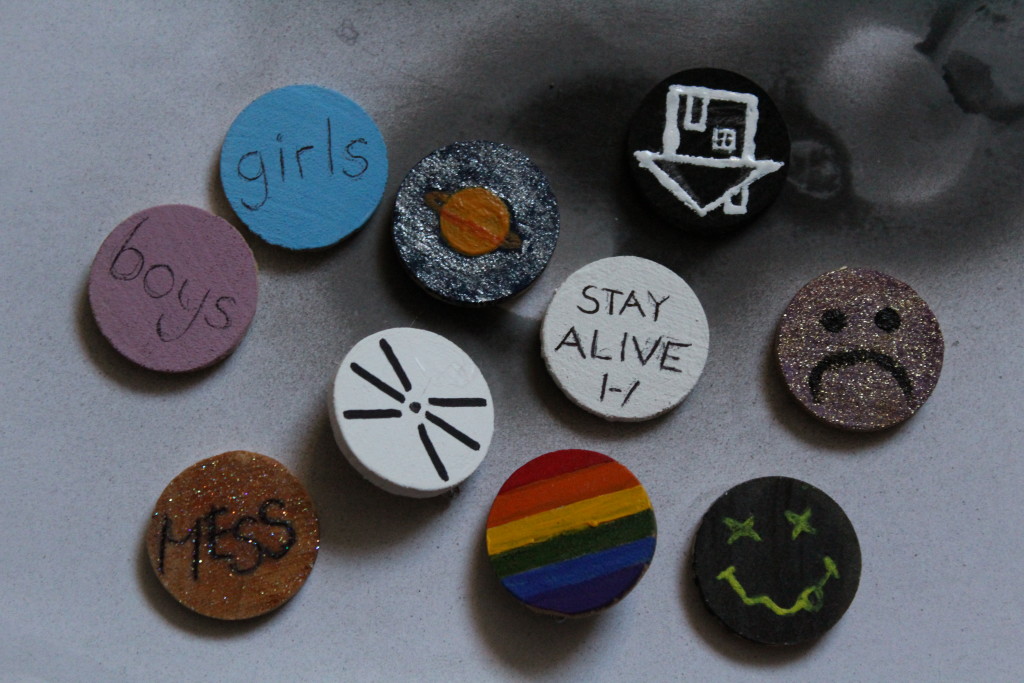 and a couple of the finished buttons.

have fun making some yourself, be creative and don’t burn or hurt yourself in the process.